Sexual Orientation Discrimination as Unlawful Sex Stereotyping: Too Far or Not Far Enough? 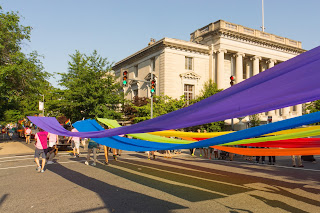 In Christiansen v. Omnicom Group, Inc., No. 15-3440 (S.D.N.Y. Mar. 9, 2016), Judge Katherine Polk Failla tackles the divisive issue of whether discrimination based on sexual orientation constitutes sex discrimination under Title VII of the Civil Rights Act of 1964.

In 2000, the U.S. Court of Appeals for the Second Circuit held in Simonton v. Runyon that Title VII does not cover sexual orientation discrimination. As Judge Failla noted, the Second Circuit's rejection of sexual orientation claims is consistent with the result reached by every other court of appeals to have considered this issue. Although an employer may not treat someone adversely because of sex stereotypes, such as refusing to hire a man because he has a high voice and is otherwise perceived as being effeminate, a sex stereotyping claim may not be used to "bootstrap" protection for sexual orientation into Title VII.

Citing the Supreme Court's same-sex marriage decisions in United States v. Windsor and Obergefell v. Hodges, Judge Failla noted that there has been a shift in both courts and in society more generally regarding the legal protections warranted for gay men and lesbians. While acknowledging that shifting social views do not affect the scope of Title VII, Judge Failla nevertheless noted that Title VII is interpreted against that backdrop. Illustrating the futility of trying to distinguish sexual orientation discrimination from sex discrimination, Judge Failla pointed out that, under existing legal precedent, it would be unlawful for an employer to fire a woman because the employer believes that women should defer to men, but it would not be unlawful to fire a lesbian because the employer believes that women should not date other women.


I agree with Judge Failla's assessment that "no coherent line can be drawn" between non-covered sexual orientation claims and covered sex stereotyping claims. Yet it seems no less odd to me that in 2006, in Jespersen v. Harrah Operating Co., the court concluded that a casino did not violate Title VII in firing a female employee for failing to wear makeup as required by a personal appearance and grooming policy. Under that policy, women were required, for example, to wear facial makeup and to wear their hair down, whereas men were prohibited from wearing facial makeup or from growing their hair below the shirt collar. In the court's view, the plaintiff could not establish that the sex-specific grooming policy violated Title VII, in the absence of evidence that the overall grooming policy burdened women more than it burdened men.

The conclusion that discrimination based on sexual orientation (or similarly transgender status) constitutes sex discrimination under Title VII is a bit difficult to square with Jespersen and similar precedent upholding sex-specific grooming policies, but this tension is rarely recognized. (One exception is Judge James Robertson's decision in Schroer v. Billington, 577 F. Supp. 2d 293 (D.D.C. 2008).) In raising Jespersen, I do not mean to suggest that Title VII prohibits neither sex-specific grooming policies nor sexual orientation discrimination. Rather, I am asking, why should they not be analyzed in the same way?

In Price Waterhouse v. Hopkins, Justice William Brennan wrote for a plurality of the Supreme Court: "An employer who objects to aggressiveness in women but whose positions require this trait places women in an intolerable and impermissible catch 22: out of a job if they behave aggressively and out of a job if they do not." If such a catch 22 is required to establish unlawful sex stereotyping, then sexual orientation discrimination would not violate Title VII under this analysis, since neither men nor women would be placed in a double bind. So too for a sex-specific grooming policy that does not impose unequal burdens on the sexes.

Yet another piece of the puzzle is the sex-plus theory of discrimination. In 1971, the Supreme Court held in Phillips v. Martin Marietta Corp. that the lower court had erred in concluding that Title VII does not apply to a policy against hiring women with pre-school-age children but not against hiring men with pre-school-age children. Since the issuance of Phillips, some courts have construed it as establishing a "sex-plus" theory of discrimination under which Title VII is interpreted to prohibit discrimination based on sex in combination with certain other characteristics, usually limited to fundamental rights. Thus, under the sex-plus theory it would be unlawful to discriminate against married women but not married men, because marriage is a fundamental right, but not to discriminate against men with long hair but not women with long hair, since hair length is not a fundamental right.

The sex stereotyping and sex-plus theories of discrimination do not have clear analytical counterparts in the context of claims alleging discrimination based on factors other than sex, such as race, national origin, or religion. For instance, for over 40 years, courts have concluded that Title VII prohibits an employer from discriminating against an employee for being married to an individual of another race, since such a practice discriminates against the employee based on his or her own race.  And it seems unthinkable that a court would conclude that an employer would not be violating Title VII if it were to adopt a national-origin-specific grooming code -- requiring employees of different national origin groups to dress in accordance with cultural and ethnic stereotypes -- merely because the policy does not impose unequal burdens on employees of different national origin groups.

In this short post, I obviously cannot provide a detailed analysis of the sex stereotyping and sex-plus theories of discrimination. From this brief examination, however, it appears that these frameworks complicate the determination of whether an action was based on an employee's sex, by selectively displacing more straightforward legal frameworks that apply in analogous situations involving discrimination on other bases.

Significantly, such frameworks may also be a barrier to the application of Title VII's prohibition against sex discrimination.  If sexual orientation discrimination and sex-specific grooming policies can be readily seen as violating Title VII when analyzed under more general legal principles, then the application of frameworks peculiar to sex discrimination claims may, in actuality, be nothing more than a guise for exempting employer actions based on socially approved sex stereotypes.