Bauer v. Lynch and Gender-Normed Fitness Standards: When is it necessary to treat the sexes differently in order to treat them the same? 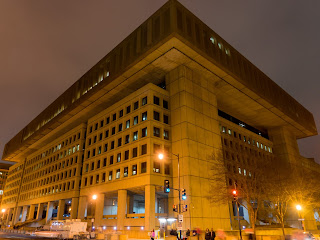 In this post, I discuss Bauer v. Lynch, No. 14-2323 (4th Cir. Jan. 11, 2016), in which the United States Court of Appeals for the Fourth Circuit considered whether the FBI's gender-normed fitness standards discriminate on the basis of sex in violation of Title VII of the Civil Rights Act of 1964. Under these standards, Jay Bauer flunked out of the FBI Academy and was disqualified from being a Special Agent because he was only able to do 29 push-ups, a single push-up short of the minimum 30 repetitions required for men.

Under the FBI's physical fitness test (PFT), all recruits are required to meet the pass rate in each of four events: one minute of sit-ups, a 300-meter sprint, push-ups to exhaustion, and a 1.5-mile run. The pass scores for each event are gender-normed, meaning that they are adjusted to reflect physiological differences between men and women. Thus, for the push-up event, the only one that Bauer failed, men are required to do at least 30 push-ups whereas women are only required to do at least 14.

The district court concluded that the sex-normed push-up standard subjected Bauer to sex discrimination, because but for his sex, he would have passed the PFT, in that a female recruit who had done 29 push-ups would have passed that part of the PFT.

Although this analysis has some appeal, it seems directly contrary to the Supreme Court's decision in Manhart v. City of Los Angeles, 435 U.S. 702 (1978), in which female employees challenged the defendant's requirement that women make larger contributions to the pension fund than men were required to make. The defendant required the larger contributions by women to compensate for women's greater longevity and to avoid discrimination against men.

The Supreme Court rejected this interpretation of Title VII's prohibition against sex discrimination. Although women as a class live longer than men as a class, it was unlawful sex discrimination for the employer to charge women more for pension benefits than it charged men because of sex-based generalizations about longevity. The Court explained: "The statute's focus on the individual is unambiguous. It precludes treatment of individuals as simply components of a racial, religious, sexual, or national class. . . .  Even a true generalization about the class is an insufficient reason for disqualifying an individual to whom the generalization does not apply."

Aside from whether the PFT subjected Bauer to sex discrimination under the reasoning of Manhart, there is the additional issue of whether the PFT standards violate a Title VII provision that makes it unlawful to "adjust the scores of, use different cutoff scores for, or otherwise alter the results of, employment related tests on the basis of . . . sex."

The FBI explains that it established standards for equivalent levels of male and female physical fitness by setting sex-specific minimum pass rates at levels that result in the same passage rates (about the 15th percentile). For example, the 14-push-up standard for women and the 30-push-up standard for men result in the same passage rates for women and men, 84.1% and 84.4%, respectively.

This is not to say that there is necessarily a better way for a physical fitness test to account for physiological differences between men and women. It is merely to say that the FBI's method, which involves gender balancing, is inherently sex-based.

The issues presented in this case are particularly difficult because they require a delicate balance between the need to treat every person as an individual and the need to avoid discrimination more generally against men or women. In this post, I've focused on the threshold issue of whether the PFT's gender-normed standards are sex-based under Title VII. As the district court recognized, even if the PFT discriminates based on sex, the FBI may be able to establish a defense. Still, I'm skeptical that Title VII permits the FBI's lopsided approach, which accounts for physiological differences between men and women but ignores physiological differences between individuals of the same sex.