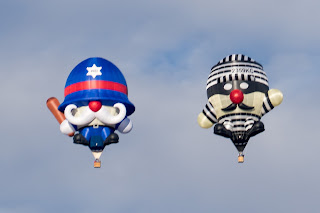 On June 27, 2016, the Fifth Circuit reversed the district court's dismissal of the State of Texas's complaint seeking a declaration that the EEOC's Enforcement Guidance on Arrest and Conviction Records violates the Administrative Procedure Act.

Compared with some other federal agencies, like the EPA and the NLRB, the EEOC has rather limited rulemaking authority. The EEOC cannot issue legislative rules under Title VII, so the arrest/conviction guidance does not purport to bind anyone except EEOC staff in carrying out their official duties. This is the most direct way in which the guidance affects employers, as it provides the legal standards under which the EEOC investigates and litigates charges involving potentially discriminatory arrest and conviction policies. Indeed, the EEOC is not even authorized to sue government employers -- that authority lies with the Department of Justice -- so Texas may have a weaker claim, in some respects, than a private employer, which can be sued by the EEOC.


Nevertheless, while Texas is not obliged to follow the EEOC's guidance to the same extent that a regulated entity is obliged to follow, for instance, an EPA legislative rule, Texas's failure to do so subjects it to the EEOC's investigatory authority:

The Guidance does, at the very least, force Texas to undergo an analysis, agency by agency, regarding whether the certainty of EEOC investigations stemming from the Enforcement Guidance's standards overrides the State's interest in not hiring felons for certain jobs.

Texas has standing because it is an object of the Guidance and, taking the complaint's allegations as true, has alleged a sufficient injury in fact, that is that the Guidance forces Texas to alter its hiring policies or incur significant costs.

For a similar reason, the court concluded that the guidance is a final agency action and therefore subject to challenge under the APA:


When, as here, the agency action being challenged is the promulgation of agency rules that mandate such investigations across the entire regulated community, and provide a specific, detailed "safe harbor" practice by which the regulated community may avoid adverse agency findings and eventual DOJ-led prosecution, the agency has already acted definitively by altering both its own obligations and the rights of the regulated entities it oversees.

Although courts are not bound by the EEOC's policy documents, the agency's interpretations of federal EEO law may be entitled to deference. In the recent case of Guerrero v. California Department of Corrections & Rehabilitation, 119 F. Supp. 3d 1065 (N.D. Cal. 2015), Federal District Court Judge William Alsup relied heavily on the EEOC's arrest/conviction guidance in ruling against the defendant for disqualifying a Hispanic applicant for a corrections officer position because he had previously used a fake Social Security number. Judge Alsup explained that "federal courts should give 'great deference' to EEOC guidelines 'where there are [no] compelling indications that [they are] wrong,'" and he ultimately found that the defendant had "violated Title VII by failing to apply the EEOC's guidelines in Guerrero's case."

In finding a violation, however, it does not appear that Judge Alsup correctly applied the EEOC's guidance. Under the guidance, to establish business necessity with respect to a criminal records policy, an employer is generally required to make an individualized assessment in each case as to whether a particular applicant's criminal record disqualifies him. If an employer's process of performing individualized assessments is sufficiently robust, then it should satisfy the business necessity defense, regardless of whether each and every person excluded under the policy was actually unfit. As Judge Alsup noted, an employer is not required to establish a "perfect positive correlation between the selection criteria and the important elements of work." Rather, a screen need only be "significantly correlated" with or predictive of important elements of the job.

The question then is whether CDCR individually assessed Guerrero's application in practice . . . . CDCR argues now that it did an individual assessment, but there is no evidence that CDCR paid anything more than lip service to Guerrero's circumstances under the EEOC factors.

Judge Alsup then proceeded to discuss why Guerreo should not have been excluded under the factors espoused by the EEOC in its guidance.

By focusing on the specific application of the policy to Guerrero, rather than on the overall application of the policy, Judge Alsup failed to assess the employment practice that resulted in disparate impact. Of course, this lapse may not have made a difference in the outcome, since the defendant may not have been able to show that it had an adequate broader policy of performing individualized assessments.

Update (10/5/16): On September 23, 2016, the Fifth Circuit withdrew the June 27, 2016 opinion discussed above and remanded the case to the district court for further consideration in light of the Supreme Court's decision in Hawkes Belle Co. v. U.S. Army Corps of Engineers, 136 S. Ct. 1807 (2016). In Hawkes, the Supreme Court held in the context of the Clean Water Act that a jurisdictional determination is a final agency action subject to review under the Administrative Procedure Act.

This blog reflects the views solely of its author. It is not intended, and should not be regarded, as legal advice on how to analyze any particular set of facts.
Posted by Ernie the EEO Nerd at 10:15 PM