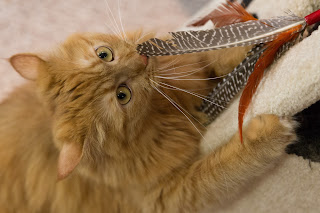 In Vasquez v. Empress Ambulance Service, Inc., No. 15-3239-cv (2d Cir. Aug. 29, 2016), Andrea Vasquez alleged that she was fired in retaliation for complaining about sexual harassment by a coworker. According to Vasquez, she received unsolicited sexual photographs from a coworker and then promptly informed her supervisor. Within a few hours, however, the coworker had learned about Vasquez's complaint against him, and he allegedly provided Empress with false documents purporting to show that Vasquez had solicited him to engage in a sexual relationship. Vasquez alleged that Empress refused to consider any evidence she offered to produce in refutation, and she was immediately fired based on her coworker's fabricated accusations against her.

In concluding that the cat's paw theory can apply to coworker conduct, the court explained:


Vasquez can recover against Empress if Empress was itself negligent in allowing [the coworker's] false allegations, and the retaliatory intent behind them, to achieve their desired end. Assuming that Empress knew or should have known of [the coworker's] retaliatory animus, the fact that "[the coworker] was nothing more than . . . a low-level employee with no supervisory or management authority," cannot shield Empress from answering for [the coworker's]conduct because Empress's own negligence provides an independent basis . . . to treat [the coworker] as Empress's agent and hold Empress accountable for his unlawful intent.

Here, Vasquez alleged that the defendant blindly credited the accusations of her coworker and obstinately refused to consider any evidence that she offered in refutation. Therefore, in the court's view, a reasonable jury could find that the defendant acted negligently in firing Vasquez based solely on the coworker's accusations.

As illustrated by Vasquez, the standard for cat's paw liability involving a coworker is the same as for coworker harassment. Because a coworker is not an agent, the employer is not automatically liable for his biased conduct. Rather, the employer's liability is limited to circumstances when the employer had constructive or actual notice of the coworker's bias, and the employer's failure to act reasonably caused or allowed the coworker's conduct to result in an adverse action against an employee. Since the cat's paw theory can be applied to the biased actions of a coworker, it follows that the theory also can be applied, pursuant to agency principles, to the biased actions of a non-employee. For example, if an employer fires an employee based on a customer complaint that it reasonably should have known was motivated by racial animus, then the employer could be liable for firing the employee because of his race.

The extent of an employer's exposure to cat's paw liability -- i.e., automatic liability or negligence -- turns on whether the biased individual acted as the employer's agent. Thus, I think the First Circuit was mistaken in Velázquez-Pérez v. Diversified Developers Realty Corp., 753 F.3d 265 (1st Cir. 2014), in applying the negligence standard in a cat's paw case involving the biased conduct of a human resources official. In the court’s view, the employer was not automatically liable because the official was not a supervisor. However, the official's duties included providing recommendations regarding discipline, and the employer relied on her allegedly biased recommendation in deciding to terminate the plaintiff. Therefore, the court could have simply imputed the official's biased actions to the employer, and eschewed a negligence analysis.

Absurdly, even if Vasquez's coworker actually retaliated against Vasquez by filing a concocted sexual harassment complaint, the defendant might have been legally prohibited from punishing the coworker for his misconduct or even advising him not to file additional false complaints. Pursuant to the EEOC's brand new Enforcement Guidance on Retaliation and Related Issues, use of an employer's internal EEO process is absolutely protected, even if in bad faith. In the EEOC's view:


False or bad faith statements by either the employee or the employer should be taken into appropriate account by the factfinder, investigator, or adjudicator of the EEO allegation when weighing credibility, ruling on procedural matters, deciding on the scope of the factfinding process, and deciding if the claim has merit. It is the Commission's position, however, that an employer can be liable for retaliation if it takes it upon itself to impose consequences for actions taken in the course of participation.

Thus, if an employee files a false EEO complaint with an employer, then that misconduct can be taken into account in evaluating that employee's EEO claim. By contrast, an employer would have little, if any, freedom to take steps to deter misconduct that might arise during the EEO process, even if, as in the case of Andrea Vasquez, that limitation is at the expense of the EEO rights of another employee. Under the EEOC's view, even an employer's mere recommendation that an employee not file malicious complaints falsely accusing a coworker of harassment would appear to be unlawful. Unfortunately, rather than having the intended effect of protecting workers against retaliation, the EEOC's short-sighted interpretation has just the opposite effect of making them more vulnerable.


This blog reflects the views solely of its author. It is not intended, and should not be regarded, as legal advice on how to analyze any particular set of facts.
Posted by Ernie the EEO Nerd at 10:36 PM