Why Ethical Vegetarianism Is a "Religion" Protected by Title VII 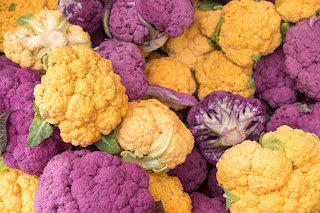 In Fallon v. Mercy Catholic Medical Center of Southeastern Pennsylvania, No. 16-00834 (E.D. Pa. Aug. 9, 2016), Judge Gerald Pappert dismissed Paul Fallon's claim that the defendant violated Title VII of the Civil Rights Act of 1964 by refusing to accommodate his objection to receiving a flu vaccination, because, in Judge Pappert's view, the objection was not based on a religious belief.

In this post, I focus on the implications of Fallon for vegetarianism or veganism that is tied to moral beliefs about the treatment of animals. (In general, vegetarianism is the practice of not eating meat, and veganism is the practice of not eating or otherwise using animal-derived products.) Pursuant to Fallon, if an employee requests an accommodation because of vegetarianism grounded in his own Hindu beliefs, he is protected under Title VII, but if an employee requests the same accommodation based on his own purely secular beliefs that it is morally wrong to exploit animals, then he is not protected by Title VII. In my view, this outcome is plainly inconsistent with EEOC policy and Supreme Court precedent.

In objecting to the flu vaccination, the plaintiff contended: "the flu vaccine has been shown to be ineffective, its benefits are grossly inflated, its risks are dangerously downplayed, the lethality of the virus is grossly exaggerated, and the industry that produces the vaccine 'is the biggest defrauder of the federal government under the False Claims Act.'" Applying the three-factor test from Africa v. Pennsylvania, 662 F.2d 1025 (3d Cir. 1981), the court concluded that the plaintiff's reasons were not "religious" because they were not grounded in a "system that addresses fundamental and ultimate questions"; they related to a singular belief about the flu vaccine and were not part of a comprehensive belief system; and they were not part of a belief system with a formal structure.

The court rejected the plaintiff's argument that he was only required to "demonstrate that he holds a moral or ethical belief which is sincerely held with the strength of traditional religious views.” That test was inappropriate, in the court's view, because it would cover beliefs based "merely on a personal code."

It's not hard to see why the Fallon decision is incorrect. The alternative test proposed by the plaintiff comes straight out of the EEOC's Guidelines on Discrimination Because of Religion. The Guidelines state that "the Commission will define religious practices to include moral or ethical beliefs as to what is right and wrong which are sincerely held with the strength of traditional religious views." The guidelines, in turn, incorporate the test adopted by the Supreme Court in United States v. Seeger, 380 U.S. 163 (1965), and Welsh v. United States, 398 U.S. 333 (1970), which addressed whether draft registrants were entitled to a conscientious objector exemption based on moral objections to war that were not grounded in traditional religious principles.

In Welsh, the Court explained that what is "necessary . . . for a registrant's conscientious objection to all war to be 'religious' . . .  is that this opposition to war stem from the registrant's moral, ethical, or religious beliefs about what is right and wrong and that these beliefs be held with the strength of traditional religious convictions." The Court noted that such beliefs "need not be confined in either source or content to traditional or parochial concepts of religion" and there is no distinction between "externally and internally derived beliefs." Once it is determined that a "registrant is a 'religious' conscientious objector, it follows that his views cannot be 'essentially political, sociological, or philosophical.' Nor can they be a 'merely personal code.'"

The evidence showed that Elliott Welsh believed the "taking of life -- anyone's life -- to be morally wrong," and therefore, he could not conscientiously assume duties that he felt were "immoral and totally repugnant." Although Welsh's objection to war was "undeniably based in part on his perception of world politics," that did not negate the fact that Welsh's objection to military combat was also based in part on his religious, i.e., moral, beliefs. Given that the appeals court had concluded that Welsh held these beliefs with the "strength of more traditional religious convictions," Welsh was "clearly entitled to a conscientious objector exemption."

As illustrated by Welsh, the issue is whether an individual's request for an exemption or other accommodation is based -- at least in part -- on "deeply held, moral, ethical, or religious beliefs." If that is so, then it is irrelevant whether the individual also has non-religious reasons for requesting an accommodation. For instance, if an individual objects to a flu vaccination because of deeply held beliefs that using animal products is morally wrong, then that objection is "religious," even if it is merely a personal belief about morality.

Contrary to Judge Pappert's gross exaggeration in Fallon, there is no danger that coverage of moral and ethical beliefs "would potentially entitle anyone with 'strongly held' beliefs on any topic to protection under Title VII's religious discrimination provision." Beliefs are not religious unless they fit a traditional definition of "religion" or if they are based on an individual's own view of morality or ethics. Indeed, had Judge Pappert applied the Seeger-Welsh test, he may very well have concluded that Fallon's objections to the flu vaccination, which were largely based on his assessment of the relative risks and benefits of the vaccination, were not protected by Title VII.

On the other hand, as I've already suggested, I think Title VII coverage of deeply held ethical and moral beliefs may be especially significant for vegetarians and vegans who believe that it is morally wrong to exploit animals. Pursuant to Seeger-Weber and the EEOC guideline, it really should be quite easy for ethical vegetarians and vegans to establish coverage under Title VII.
For instance, in 2002, in Friedman v. Southern California Permanente Medical Group, a California appeals court rejected a state discrimination claim by a vegan who objected to taking a mumps vaccine because it is grown in chicken embryos. The evidence showed that the plaintiff believed that "all living things must be valued equally and that it is immoral and unethical for humans to kill and exploit animals, even for food, clothing and the testing of product safety for humans." Applying the narrow test of religion under Africa, the court concluded that the plaintiff's veganism was not covered because it reflected a "moral and secular, rather than religious, philosophy." By contrast, if the court had applied the expansive test under Seeger-Weber and the EEOC guideline, then there is little doubt that the plaintiff's claim would not have been dismissed.
In Chenzira v. Cincinnati Children's Hospital Center, No. 1:11-CV-00917 (S.D. Ohio Dec. 27, 2012), the plaintiff fared better. Judge S. Arthuer Spiegel rejected the defendant's motion to dismiss Sakile Chenzira's claim that the defendant violated Title VII by refusing to accommodate her objection to taking a flu vaccination. The court stated that it was plausible that the plaintiff could "subscribe to veganism with a sincerity equating that of traditional religious views." However, Judge Spiegel's ruling was based in part on evidence that Chenzira's veganism stemmed from her reading of the Bible. It is therefore not clear whether Judge Spiegel would have dismissed Chenzira's claim if it had been grounded in purely secular views of morality.

Even if an employee's objection to an employer practice is deemed religious, that does not mean that the employee is necessarily entitled to an accommodation. For example, in Robinson v. Children's Hospital Boston, the court concluded that the defendant was not required to accommodate an employee's religious objection to a flu vaccination, because the employee worked directly with patients.

The question addressed in this post is merely whether individuals holding ethical and moral objections to employer practices should be entitled to accommodation under the same circumstances as employees with objections based on traditional religious beliefs. Based on my reading of Supreme Court case law and EEOC guidance, the answer to that question is clearly yes.


12/16/17 - On December 16, 2017, the Third Circuit affirmed the dismissal of Fallon's claim. In this post, I discuss the likelihood that this narrow interpretation of Title VII's protection of religious practices violates the Establishment Clause.


This blog reflects the views solely of its author. It is not intended, and should not be regarded, as legal advice on how to analyze any particular set of facts.
Posted by Ernie the EEO Nerd at 10:32 PM