Betz v. Temple Health Systems: Sexual conduct is not always based on sex 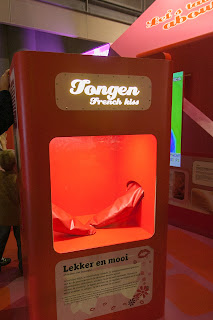 In Betz v. Temple Health Systems, No. 16-1423 (3d Cir. Oct. 5, 2016), the Third Circuit affirmed the dismissal of Ellen Betz's claim that she was subjected to sexual harassment in violation of Title VII based on her female coworkers' sexually explicit conduct. Betz alleged, among other things, that her coworkers would "regularly 'joke' with each other by licking, groping, making lewd gestures, or pretending to grope each other's breasts and genitals." The Third Circuit agreed with the lower court's conclusion that the alleged facts did not state a plausible claim that the challenged conduct discriminated against Betz because of her sex.

Although the Betz decision does not really address novel issues, I think it worth highlighting because it illustrates the crucial distinction between conduct that is merely sexual and conduct that is based on an employee's sex. The term "sexual harassment" can be confusing because it is not sexual conduct that is prohibited by Title VII of the Civil Rights Act of 1964 but rather sex-based conduct, meaning conduct that is directed at an employee because of his or her particular sex. Indeed, as the Supreme Court explained in Oncale v. Sundowner Services, Inc., 523 U.S. 75 (1998):


We have never held that workplace harassment, even harassment between men and women, is automatically discrimination because of sex merely because the words used have sexual content or connotations. "The critical issue, Title VII’s text indicates, is whether members of one sex are exposed to disadvantageous terms or conditions of employment to which members of the other sex are not exposed." Harris v. Forklift Sys., Inc., 510 U.S. 17, 25 (1993) (Ginsburg, J., concurring).

This requirement that conduct be sex-based reflects Title VII's role as a civil rights statute that prohibits differential treatment based on sex, race, and other protected characteristics, rather than as a civility code that more broadly targets all objectionable workplace conduct.

In the context of male-female harassment, courts have largely presumed, in the absence of evidence to the contrary, that sexual conduct directed at a member of the opposite sex would not have been directed at another individual of the same sex. In the context of same-sex harassment, however, as in the Betz decision, courts have been unwilling to make this same presumption. This distinction is grounded in the the general differences between how individuals interact with members of the opposite sex and the same sex.

Although Betz contended that she was treated adversely because of her female coworkers' perception that she did not conform to female stereotypes, the Third Circuit affirmed the lower court's conclusion that "Betz's suggested inferences were too attenuated" and that her "factual allegations painted a picture of an uncouth and unprofessional workplace, but, since her coworkers were equal opportunity offenders, 'putting their lewd conduct on display for all to see, regardless of race, color, religion, sex, or national origin,' there was no plausible claim for a hostile work environment."


This blog reflects the views solely of its author. It is not intended, and should not be regarded, as legal advice on how to analyze any particular set of facts.
Posted by Ernie the EEO Nerd at 9:51 PM