The Onionhead Case: Stretching Title VII While Ignoring the Constitution 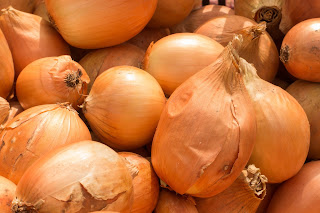 The record reflected that Onionhead (or Harnessing Happiness) was adopted in response to deteriorating corporate culture during a period of financial difficulty. According to the defendants, Onionhead assisted employees with "addiction, abuse and domestic violence, family issues, marital problems, eldercare, death and dying, the full spectrum of autism and other cognitive disabilities or illnesses (such as Alzheimer's), and [with] develop[ing] better problem-solving and communication skills." Onionhead used "tools," including cards, pins, journals, and a "Declaration of Virtues of Empowerment." The Harnessing Happiness website describes Onionhead as "this incredibly pure, wise and adorable character who teaches us how to name it -- claim it -- tame it -- aim it."

Judge Matsumoto discussed at length why a reasonable jury could find that Onionhead constituted a religion in the view of the defendants, and she allowed claimants to proceed with their reverse religious discrimination claims without regard to whether their objections to Onionhead were grounded in their own religious beliefs. In my view, this was erroneous for two principal reasons.

Second, penalizing employers for taking actions based on their religious beliefs violates the First Amendment's Free Exercise Clause. In particular, if Title VII prohibits an employer from requiring employees to participate in certain practices when they are grounded in the employer's religious beliefs but not when they are grounded in the employer's non-religious beliefs, then Title VII would be penalizing religious-based actions, and it would be unconstitutional. In Church of Lukumi Babalu Aye, Inc. v. City of Hialeah, 508 U.S. 520 (1993), the Supreme Court struck down a city ordinance that prohibited the killing of animals for religious sacrifice but not for other purposes, such as food consumption. In reaching this conclusion, the Court explained: "The principle that government, in pursuit of legitimate interests, cannot in a selective manner impose burdens only on conduct motivated by religious belief is essential to the protection of the rights guaranteed by the Free Exercise Clause." Thus, it is clear that if Title VII prohibits certain employer conduct only when motivated by the employer's religious beliefs, then that prohibition would be unconstitutional.

In this case, the claimants' reverse religious discrimination claims are not covered by Title VII because the claimants do not allege that they were treated adversely because of their own religious beliefs. Moreover, even assuming Title VII could be interpreted to cover such claims, that prohibition would be unconstitutional.

This blog reflects the views solely of its author. It is not intended, and should not be regarded, as legal advice on how to analyze any particular set of facts.
Posted by Ernie the EEO Nerd at 11:01 PM