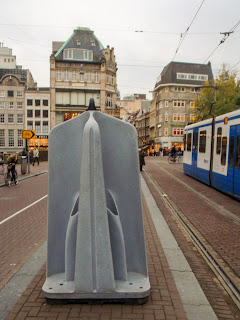 On October 28, 2016, the Supreme Court granted certiorari in the case of Gloucester County School Board v. G.G., in which Gavin Grimm has sued the defendant school board because he has been denied access to the boys' bathroom. Grimm identifies as male, but was designated as female when he was born. In granting certiorari, the Court agreed to consider two issues: (1) whether courts should defer to an agency letter that, among other things, does not carry the force of law and was adopted in the context of the very dispute in which deference is sought; and (2) whether, with or without deference to the Department of Education, the agency's interpretation of Title IX and 34 C.F.R. § 106.33 should be given effect. The first of these is strictly procedural, so it's quite possible that the Court will resolve the case by merely addressing the deference issue without having to consider the substantive issue of transgender bathroom access.

Title IX of the Education Amendments Act of 1972 prohibits sex-based discrimination in educational programs that receive federal financial assistance. Department of Education Regulation 34 C.F.R. § 106.33 provides that a recipient does not violate Title IX by providing separate toilet, locker room, and shower facilities that are sex-segregated but comparable. In an opinion letter dated January 7, 2015, interpreting section 106.33, the Department advised that "[w]hen a school elects to separate or treat students differently on the basis of sex … a school generally must treat transgender students consistent with their gender identity."

In September 2015, Federal District Court Judge Robert G. Doumar rejected Grimm's claim, ruling that section 106.33 allows school districts to segregate bathroom access by biological sex. In April 2016, the Fourth Circuit reversed Judge Doumar's decision, deferring to the Department's January 2015 letter. The court reasoned: "The regulation is silent as to which restroom transgender individuals are to use when a school elects to provide sex-segregated restrooms, and the Department's interpretation, although perhaps not the most intuitive one, is permitted by the varying physical, psychological, and social aspects -- or, in the words of an older dictionary, 'the morphological, physiological, and peculiarities' -- included in the term 'sex.'" On June 23, 2016, Judge Doumar granted Grimm's motion for a preliminary injunction, ordering the school board to allow Grimm to use the boys' bathroom. On August 3, 2016, the Supreme Court stayed (put on hold) the Fourth Circuit's decision and Judge Doumar's preliminary junction based on that decision. Now that the Supreme Court has granted certiorari, those decisions will remain on hold until the Court finishes with the case.

Issue (1) that the Court granted cert on concerns whether the Fourth Circuit acted appropriately in deferring to the January 7, 2015 letter; and issue (2) concerns whether schools should be required to abide by the Department's view that transgender students should be granted access to single-sex bathrooms consistent with their gender identity.

The opposition to certiorari in G.G., by contrast, tries to tackle this issue, while also trying to allay concerns about privacy, by limiting the analysis to bathroom access and not reaching access to locker rooms, showers, and other facilities where individuals are likely to be unclothed. (Grimm has not sought access to single-sex facilities other than restrooms.) The opposition to cert. argues:

The Board assumes social customs regarding privacy are built entirely around a person's genitals even in contexts such as restrooms, where there is no exposure to nudity. But that assertion is hardly self-evident. For many people, the presence of a transgender man (who may look indistinguishable from a non-transgender man) in the women's restroom would be more discomfiting than the presence of a transgender woman (who may look indistinguishable from a non-transgender woman). Indeed, in G.'s own experience, his use of the women's restroom was far more disruptive than his current use of the men's restroom has been.

A categorical rule excluding transgender students from the common restrooms is an "overt, physical deprivation of access to school resources" that violates Title IX and its implementing regulation, fairly construed.

Two questions come to my mind:

Second, is denying a transgender boy access to the boys' room while allowing him access to the girls' room really equivalent to denying him access to any bathroom? By making this assumption, the cert opposition is able to sidestep the issue of how to determine a transgender individual's sex for the purposes of bathroom access, but as discussed, that assumption may rest on empirical evidence in the anonymous-user context that is not readily transferable to the known-user context.


Photo note: This is a photo of a public urinal in Amsterdam, which obviously is intended for use only by men. Recently, the city has begun to provide urinals for women. Unlike men's urinals, women's urinals have locking doors, but like the men's urinals, they are only for peeing.


This blog reflects the views solely of its author. It is not intended, and should not be regarded, as legal advice on how to analyze any particular set of facts.
Posted by Ernie the EEO Nerd at 11:49 PM