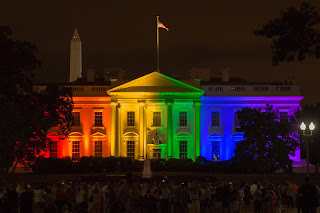 On November 30, 2016, the Seventh Circuit heard oral arguments in the en banc rehearing in Hively v. Ivy Tech Community College. Based on the questions, it appears likely that the court will conclude that Title VII prohibits sexual orientation discrimination. Although it's not clear what the court's ultimate reasoning will be, most judges were apparently swayed by the straightforward, though formalistic, argument that it is sex discrimination to treat a man who is sexually attracted to men less favorably than a woman who is sexually attracted to men.

This approach is analogous to how courts have treated discrimination based on interracial association. Courts have held that it is race discrimination to treat a white man married to a black woman less favorably than a black man married to a black woman. Such an action treats an individual less favorably because of his own race because, all else being equal, he would have been treated better had he been another race. By extension, sexual orientation discrimination is sex discrimination because, all else being equal, a gay man would have been treated better if he were a woman.

The only judge who seemed to question this logic during the oral argument was (I think) Judge Diane Sykes, a George W. Bush appointee who has been named by President-elect Trump as a possible successor to Antonin Scalia on the Supreme Court. Judge Sykes suggested that, although it is sex discrimination to treat a gay man worse than a lesbian, it is not sex discrimination to treat a gay man less favorably than a heterosexual man.

As I discussed in a previous post, the panel decision, which is now vacated, seemed to rely on judicial restraint in rejecting Hively's claim. While the panel judges recognized the legal force of the arguments advanced by Hively, they nonetheless may have been reluctant to reach a conclusion that could be viewed as judicial activism. That risk could be particularly acute considering that, for almost 50 years, there had been universal agreement that Title VII does not cover sexual orientation discrimination, so the very recent and abrupt change of heart may be seen as little more than an end run around Congress, which has repeatedly rejected legislation that would prohibit sexual orientation discrimination.

I'm a little surprised then that, at oral argument, neither counsel for Ivy Tech nor any of the judges pressed these kinds of arguments. Unless they are resurrected, it seems very likely that Hively will prevail.


Photo information: The White House is illuminated in the colors of the rainbow flag, a symbol of gay and lesbian pride, on June 27, 2015, the date on which the Supreme Court legalized same-sex marriage throughout the U.S.

This blog reflects the views solely of its author. It is not intended, and should not be regarded, as legal advice on how to analyze any particular set of facts.
Posted by Ernie the EEO Nerd at 1:08 PM