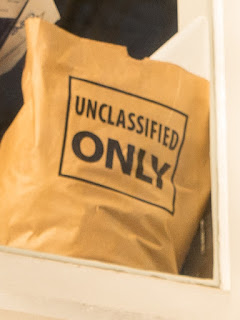 Under EEO law, there are two primary exceptions for practices implicating national security, and in Hale v. Johnson, No. 16-5475 (6th Cir. Dec. 29, 2016), the Tennessee Valley Authority tried to stretch the bounds of both of these exceptions. In Hale, the United States Court of Appeals for the Sixth Circuit rejected the TVA's contentions that the court lacked jurisdiction over the disability discrimination claim of James Hale because the decision to terminate Hale for failing a physical fitness test was based on considerations of national security.

The Rehabilitation Act, which protects federal employees against disability discrimination, does not include a national security exception, but it incorporates the "remedies, procedures, and rights" applicable to federal employees under Title VII. The court rejected the TVA's view that the Rehabilitation Act essentially incorporates all of Title VII, including the national security exception, and instead concluded that it merely incorporates the provisions specifically referenced with respect to remedies, procedures, and rights.

The second exception is grounded in the Supreme Court's decision in Department of the Navy v. Egan, 484 U.S. 518 (1988), in which the Court held that the Merit Systems Protection Board lacked the authority to review a security clearance determination. Based on Egan, lower courts have held that security clearance determinations are not reviewable by courts.

The TVA's Egan argument is probably the better of the agency's two arguments, if only because it is not grounded in statutory language and instead calls for the extension of a judge-made exception. Still, the Sixth Circuit readily distinguished the principles that undergirded Egan from the issues presented by the TVA's termination of Hale for failing a physical fitness test.

In Egan, the Supreme Court held that the MSPB lacked the authority to review security clearance determinations because the "'sensitive and inherently discretionary judgment call' required to make predictive judgments about an individual's likelihood of compromising sensitive information is best left to those with an expertise in rendering judgments based on this 'inexact science.'" The TVA contended that "[a] predictive judgment about whether an individual has the requisite level of physical capacity to effectively protect a nuclear plant from attack involves precisely the same type of 'predictive judgment' based on national security concerns that the Egan Court determined was unreviewable."

Rejecting this comparison, the Sixth Circuit noted that security clearance determinations are not reviewable because of the "highly discretionary and imprecise nature of making judgments regarding a person's propensity to disclose classified information." By contrast, "the determination of an individual's physical capability to perform a job is based on hard science and has historically been reviewed by courts and administrative agencies."

Significantly, although the court concluded that it has jurisdiction over Hale's disability discrimination claim, that does not necessarily mean that he will prevail. The evidence might very well show that the physical fitness test was justified and did not unlawfully discriminate against Hale. In allowing Hale to proceed with his claim, the court merely refused to grant absolute deference to the TVA's views and properly limited the scope of the national security exceptions.

This blog reflects the views solely of its author. It is not intended, and should not be regarded, as legal advice on how to analyze any particular set of facts.
Posted by Ernie the EEO Nerd at 2:18 PM