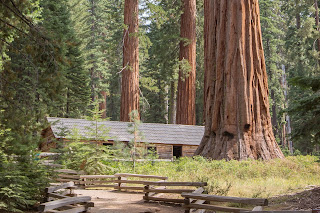 This post discusses three cases in which the failure to provide adequate bathroom facilities resulted in a potential EEO violation. The first case, involving number two, is a claim under the Americans with Disabilities Act, and other two cases, involving number one, are sex discrimination claims under Title VII of the Civil Rights Act of 1964.

In Strand v. Charles Mix County, No. 16-4037 (D.S.D. May 5, 2017), Tracy Strand, a road construction worker, underwent surgery to treat colon cancer, which resulted in frequent bowel movements. Strand alleged that, to accommodate his disability, he requested that his employer either allow him to drive to an indoor toilet or provide porta-potties. Instead, he alleged, he was told to "go behind a tree, go into a field or behind a tire." Although the employer alleged that it fired Strand for performance reasons, the court held that there was enough evidence for a jury to conclude that he was fired because of his disability -- essentially because the employer wanted to avoid having to accommodate his disability.

In DeClue v. Central Illinois Light Co., 223 F.3d 434 (7th Cir. 2000), Audrey Jo DeClue worked as a lineman for a power company. Because linemen performed their work far away from public bathrooms and because the linemen's trucks did not have bathroom facilities, linemen were required to pee out in the open. DeClue alleged that the defendant's failure to respond to requests for adequate bathroom facilities was a form of sexual harassment that created a hostile work environment.

In a 2-1 decision by Judge Richard Posner, the court disagreed. The court acknowledged that an employer might violate Title VII by failing to provide bathroom facilities:

[However,] the plaintiff has insisted on litigating her case as a hostile-work-environment case throughout. But it is not. Sexual harassment is the form of sex discrimination in the terms or conditions of employment that consists of efforts either by coworkers or supervisors to make the workplace intolerable or at least severely and discriminatorily uncongenial to women ("hostile work environment" harassment), and also to efforts (normally by supervisors) to extract sexual favors by threats or promises ("quid pro quo" harassment).

In dissent, Judge Ilana Rovner (the only woman on the panel) observed that "[d]iscrimination in the real world many times does not fit neatly into the legal models we have constructed." In Rovner's view, the defendant's failure to address the absence of bathroom facilities "could be viewed as a negligent response that subjects it to liability for a hostile work environment."

In Johnson v. AK Steel Corp., No. 1:07-cv-291 (S.D. Ohio May 22, 2008), Cassandra Johnson alleged that she was subjected to sex discrimination because the defendant did not allow crane operators to take breaks during their 12-hour shifts, and if they needed to pee, they had to do so off the side of the crane. (This policy still has me scratching my head.) In contrast to DeClue, Johnson alleged that the challenged policy had an unlawful disparate impact. The court agreed:


[G]iven the obvious anatomical and biological differences between men and women and the unique hygienic needs of women, including those during menstrual cycles, the Court concludes that the practice of requiring women to urinate off the side of a crane in lieu of restroom breaks, if true, would have a significant discriminatory impact on women.

Plaintiff has presented sufficient evidence to establish a prima facie case of disparate impact. Since defendants have not demonstrated a business necessity for the practice in question, defendants' motion for summary judgment on plaintiff's claim of disparate impact must be denied.

Looking at these three cases, there are a few things to note. First, male employees probably can't allege sex discrimination in the failure to provide bathroom facilities unless the employer provides women with better facilities. As Judge Rovner observed, men tend not to be shy about peeing outdoors because they "need only unzip and take aim." Second, the failure to provide bathroom facilities for pooping isn't going to result in sex discrimination since men and women are pretty much the same when it comes to that particular bodily function.  Thus, in the case of Tracy Strand, he did not have a claim of sex discrimination, but he did have a claim of disability discrimination.


This blog reflects the views solely of its author. It is not intended, and should not be regarded, as legal advice on how to analyze any particular set of facts.
Posted by Ernie the EEO Nerd at 12:46 AM