Zarda v. Altitude Express: DOJ Takes on EEOC in the Battle of the Century 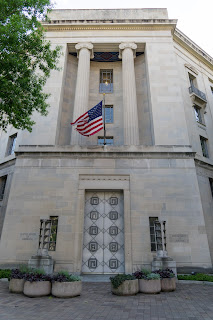 Contradicting the position of the EEOC, the Department of Justice filed an amicus (friend of the court) brief on July 26, 2017, arguing that Title VII of the Civil Rights Act of 1964 does not prohibit sexual orientation discrimination. The brief was filed in the case of Zarda v. Altitude Express, Inc., which is currently before the Second Circuit for a rehearing by the full court. Regardless of whether you agree with DOJ's ultimate conclusion, the brief strikes me as a mixed bag.

Of course, there's a lot more to DOJ's brief, but I consider these to be the opposing sides' best arguments, so 'nuff said.

As noted, DOJ's Zarda amicus brief takes the exact opposite position that the EEOC took in its own amicus brief filed on June 23, 2017. Putting the EEOC in its place, DOJ explains:


Although the Equal Employment Opportunity Commission (EEOC) enforces Title VII against private employers . . . and it has filed an amicus brief in support of the employee here, the EEOC is not speaking for the United States and its position about the scope of Title VII is entitled to no deference beyond its power to persuade.

It's not all that unusual for DOJ to adopt a position contrary to the EEOC's, particularly during a Republican administration, so DOJ's position shouldn't have surprised anyone. I still find it odd, though, that two branches of the U.S. government can simultaneously take contrary positions, particularly since DOJ officially represents the "United States." Alas, because the EEOC must obtain DOJ authorization to file a brief with the Supreme Court, the public battle between the EEOC and DOJ is limited to the lower courts.

This blog reflects the views solely of its author. It is not intended, and should not be regarded, as legal advice on how to analyze any particular set of facts.
Posted by Ernie the EEO Nerd at 11:21 PM