Are dreadlocks really dreadful, or is that just a racial stereotype? 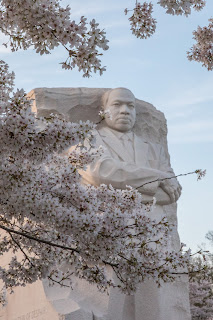 Vox reports that Chastity Jones, an African American woman who was rejected for a customer service position by Catastrophe Management because she refused to cut off her dreadlocks, has asked the Supreme Court to take up the issue of whether an employer's prohibition on dreadlocks constitutes unlawful race discrimination under Title VII of the Civil Rights Act of 1964. Jones's principal argument is that a prohibition against dreadlocks is based on stereotypes about black hairstyles and therefore a form of unlawful race discrimination. Jones relies heavily on the Supreme Court's 1989 decision in Price Waterhouse v. Hopkins, in which the Court concluded that it is unlawful to discriminate against a woman based on sex stereotypes about how women should act or appear, such as the stereotype that women should wear makeup and should not be assertive.

Jones's petition for certiorari incorporates the same mistake as Judge Beverly Martin's dissent from the Eleventh Circuit's denial of the petition for rehearing. Both overlook the requirement that there be some differential treatment between protected groups.

Price Waterhouse is not the revolutionary decision that it is sometimes made out to be. The Court merely held that men can't be treated better than women based on a sex stereotype. Differential treatment between men and women is key. The Court did not hold that characteristics associated with sex stereotypes are protected in and of themselves. Discrimination against all aggressive individuals is not sex discrimination and, by extension, not a violation of Title VII. It is only when an employer treats aggressive men better than aggressive women, or vice versa, that Title VII is implicated. Thus, discrimination against a woman for being aggressive is prohibited not so much because it is a sex stereotype but in spite of its being a sex stereotype. In other words, the stereotype that a woman should not be aggressive is not an excuse for treating an aggressive woman worse than an aggressive man. Accordingly, unless there is evidence that white workers with dreadlocks are treated better than black workers with dreadlocks, Price Waterhouse doesn't provide a whole lot of support. And frankly, more consistent with Price Waterhouse would be a claim by a white individual with dreadlocks alleging she was treated worse than a black individual with dreadlocks based on the stereotype that dreadlocks are a black hairstyle.

To be sure, it is possible that a court might conclude that a general prohibition against dreadlocks constitutes racial discrimination if the employer favors "white" hairstyles over "black" hairstyles, but comparisons to Price Waterhouse are unavailing and merely reflect misunderstanding of basic disparate treatment principles. The Supreme Court recognized that discrimination based on sex stereotypes can lead to a violation of Title VII even if the stereotypes do not involve immutable characteristics, but only where members of one sex are treated better than members of the other sex. Discrimination based on dreadlocks can therefore violate Title VII but only if, consistent with Price Waterhouse, there is differential treatment between racial groups.