Is the requirement that sexual harassment be "severe or pervasive" too high a bar? 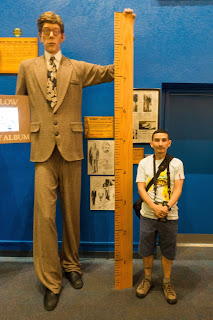 The Minnesota state legislature is considering a bill that would modify the definition of unlawful sexual harassment under state law to provide that a hostile work environment claim does not require that the harassment have been "severe or pervasive." Spurred by #MeToo, the change is intended to lower the bar for establishing unlawful sexual harassment, because the current standard is perceived as being too onerous.

As an initial matter, the first question that needs to be asked is whether the standard is indeed too high. Writing for every member of the Supreme Court, Justice Sandra Day O'Connor explained in Harris v. Forklift Systems:


When the workplace is permeated with "discriminatory intimidation, ridicule, and insult" that is "sufficiently severe or pervasive to alter the conditions of the victim's employment and create an abusive working environment," Title VII is violated.

This standard . . . takes a middle path between making actionable any conduct that is merely offensive and requiring the conduct to cause a tangible psychological injury. As we pointed out in Meritor, "mere utterance of an . . . epithet which engenders offensive feelings in an employee" does not sufficiently affect the conditions of employment to implicate Title VII. Conduct that is not severe or pervasive enough to create an objectively hostile or abusive work environment -- an environment that a reasonable person would find hostile or abusive -- is beyond Title VII's purview.

The change contemplated by the Minnesota legislature suggests that they misunderstand the current standard for unlawful harassment. The ultimate issue is whether the challenged conduct results in a hostile work environment, not whether the conduct is "severe or pervasive" in an abstract sense. Thus, in Harris, the Court explained:


[W]hether an environment is "hostile" or "abusive" can be determined only by looking at all the circumstances. These may include the frequency of the discriminatory conduct; its severity; whether it is physically threatening or humiliating, or a mere offensive utterance; and whether it unreasonably interferes with an employee's work performance. The effect on the employee's psychological wellbeing is, of course, relevant to determining whether the plaintiff actually found the environment abusive. But, while psychological harm, like any other relevant factor, may be taken into account, no single factor is required.

As I've discussed, the standard for unlawful harassment is whether it creates a hostile work environment -- not whether it is severe or pervasive -- and the Minnesota bill would not change that standard. The extent to which the conduct was severe or pervasive is certainly relevant, but this seems to have escaped the notice of those who drafted the bill. If there are concerns that too many sexual harassment claims are being rejected by courts, then rather than focus on what is not required, better to focus on what is required for harassment to create a hostile work environment. For example, the legislature could clarify that when evaluating whether a female employee was subjected to a sexually hostile work environment, it is important to evaluate the conduct from the perspective of a reasonable woman, since the sex of the victim is among the relevant circumstances.

As it is, the law on sexual harassment is hardly perfect, but the Minnesota legislature should look before it leaps by adopting legislation that may only make matters worse.


This blog reflects the views solely of its author. It is not intended, and should not be regarded, as legal advice on how to analyze any particular set of facts.
Posted by Ernie the EEO Nerd at 3:02 PM