Judge Kavanaugh and Federal EEO Law: A Little Something for Everybody 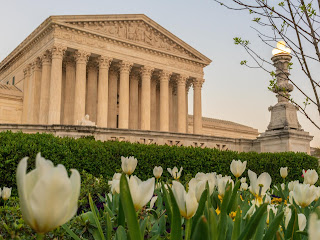 As the Senate weighs whether to confirm Judge Brett Kavanaugh to serve on the Supreme Court, his views on civil rights are likely to be intensely scrutinized. A brief survey of Kavanaugh's decisions for the D.C. Circuit offers some insight into how Kavanaugh might interpret Title VII of the Civil Rights Act of 1964 and other federal prohibitions against employment discrimination. In short, Kavanaugh's EEO opinions offer something for both employers and employees to like -- he can be comfortable with curtailing EEO protections to prevent conflicts with other interests, but he interprets protections broadly when he believes they are supported by the statutory text.

Most worrisome perhaps to potential plaintiffs and EEO advocates are Kavanaugh's dissents in three cases in which the majority ruled for the plaintiff:

These cases share a number of characteristics. In each, Kavanaugh interpreted EEO protections narrowly where there was tension with other authority granting the defendant broad discretion. Unlike the judges in the majority, Kavanaugh was unwilling to adopt complicated legal analyses that preserved EEO rights to a limited extent, opting instead for more straightforward blanket rules that avoid the need to "thread the needle," as he described the majority's approach in Howard.

Kavanaugh also downplayed the impact of limiting judicial review of EEO claims, expressing confidence that plaintiffs would have other adequate mechanisms for pursuing relief. In Howard, for instance, Kavanaugh explained that if the Speech and Debate Clause barred a congressional employee from proceeding in federal court, he or she could pursue an administrative complaint with the congressional Office of Compliance. And in Miller v. Clinton, Kavanaugh dismissed the majority's concerns about exempting the State Department from EEO legislation, observing that the Department is bound by the Constitution.

Kavanaugh's preference for clear and uncomplicated rules of law is also illustrated by his strong endorsement of the D.C. Circuit's rather idiosyncratic approach to evaluating claims of intentional employment discrimination. Courts of appeals generally will affirm summary judgment for the employer where the plaintiff has either failed to establish a prima facie case or failed to show that the employer's asserted reason for an action is a pretext for discrimination. Recent examples include Kidd v. Mando American Corp., 731 F.3d 1196 (11th Cir. 2013); Jackson v. United Parcel Services, Inc., 643 F.3d 1081 (8th Cir. 2011); and Kulik v. Medical Imaging Resources, Inc., 325 F. App'x 413 (6th Cir. 2009). By contrast, however, writing for the entire three-judge panel in Brady v. Sergeant at Arms, 520 F.3d 490 (D.C. Cir. 2008), Kavanaugh clarified that the judicial focus on whether a plaintiff has established a prima facie case is typically misguided -- once an employer has asserted a nondiscriminatory reason, the district court should focus on the ultimate question of whether the plaintiff has presented sufficient evidence of pretext. Citing Supreme Court precedent dating back to 1983, Kavanaugh criticized litigation regarding a plaintiff's prima facie case as a "largely unnecessary sideshow": "It has not benefited employees or employers;  nor has it simplified or expedited court proceedings. In fact, it has done exactly the opposite, spawning enormous confusion and wasting litigant and judicial resources."

Despite a preference for bright-line rules in some contexts, Kavanaugh has also advanced more nuanced approaches that reflect the fact-specific nature of EEO claims. In Ayissi-Etoh v. Fannie Mae, 712 F.3d 572 (D.C. Cir. 2013), he joined the court's opinion ruling for the plaintiff in a racial harassment case but wrote separately to stress that a single severe incident of discriminatory conduct can create a hostile environment. Although acknowledging that it is unusual for a single incident to violate EEO law, Kavanaugh pointed out that "saying that a single incident of workplace conduct rarely can create a hostile work environment is different from saying that a single incident never can create a hostile work environment." Citing EEOC guidance, Kavanaugh added that the question is whether the alleged conduct was sufficiently severe or pervasive, not whether it was sufficiently severe and pervasive. And citing Langston Hughes, Alex Haley, and Harper Lee, Kavanaugh concluded that being called the n-word by a supervisor, as the plaintiff had alleged, was sufficient by itself to establish a racially hostile work environment.

Kavanaugh's willingness to interpret EEO law broadly is probably most apparent in his concurrence in Ortiz-Diaz v. HUD, 867 F.3d 70 (D.C. Cir. 2017), where the court held that the plaintiff had sufficiently alleged that he was subjected to a materially adverse action when he was denied a transfer away from a racially biased supervisor to another supervisor who would be more likely to advance his career. Kavanaugh agreed that the alleged transfer denial in that case was materially adverse, but he argued in his concurrence that the circuit should revisit precedent holding that lateral transfers are generally not actionable. In Kavanaugh's view, Title VII prohibits any discriminatory transfer or denial of transfer. Judge Judith Rogers concurred separately to echo Kavanaugh's sentiment about Title VII's coverage of discriminatory transfers.

The views of Kavanaugh and Rogers are outliers -- to say the least -- since the materiality requirement is widely, if not universally, recognized by courts of appeals and the Supreme Court. In an opinion by Justice Breyer joined by every other Justice except Alito, the Supreme Court held in Burlington Northern & Santa Fe Railroad v. White, 548 U.S. 53 (2006), that the retaliation provision of Title VII only prohibits actions that are materially adverse "because we believe it is important to separate significant from trivial harms." Similarly, in his characteristically colorful prose, Judge Richard Posner observed in Williams v. Bristol Meyers Squibb Co., 85 F.3d 270 (7th Cir. 1996), that absent a materiality requirement, "every trivial personnel action that an irritable, chip-on-the-shoulder employee did not like would form the basis of a discrimination suit."

As can be seen, Judge Kavanaugh has demonstrated that he is not inclined to put his thumb on the scale in favor of EEO rights, particularly when he is weighing them against other interests, such as national security. He trusts that Congress will set things right if it disagrees with how a court has interpreted the law.

By the same token, however, Kavanaugh is not predisposed to interpret EEO protections narrowly when Congress has enacted statutory language supporting broad coverage. Kavanaugh's concurrence in Ayissi-Etoh, emphasizing that even a single verbal incident of harassment can violate the law, is particularly notable in the #MeToo era. And his interpretation of Title VII's adverse action standard is so broad that it would likely raise red flags if espoused by the nominee of a Democratic President.

EEO law frequently takes a backseat to other civil rights issues when the Senate considers a Supreme Court nominee. But if confirmed, Kavanaugh may soon be facing some of the most important EEO cases to come before the Supreme Court in years. The Court's EEO caseload has exhibited a lull recently, but there are some hot-button issues potentially on the horizon, including whether Title VII prohibits sexual orientation discrimination (Zarda v. Altitude Express, Inc., 883 F.3d 100 (2d Cir. 2018) (en banc)) and whether the Equal Pay Act permits an employer to rely on salary history in setting starting pay (Rizo v. Yovino, 887 F.3d 453 (9th Cir. 2018) (en banc)).


This blog reflects the views solely of its author. It is not intended, and should not be regarded, as legal advice on how to analyze any particular set of facts.
Posted by Ernie the EEO Nerd at 7:39 PM