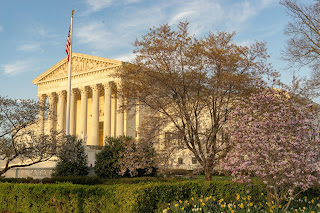 In Babb v. Wilkie, No. 18-882 (U.S. Apr. 6, 2020), the Supreme Court held that a federal employee alleging age discrimination can prevail even if age was not a but-for cause of the final personnel action being challenged.

Although nominally ruling for the petitioner, a longtime employee of the Department of Veterans Affairs, the Court has in reality handed a significant win to federal agencies. The Court's ruling is akin to a loss for employees because the Court rejected the less stringent motivating-factor standard applicable to most private-sector claims under Title VII of the Civil Rights Act of 1964 and instead doubled down on the principle that but-for causation is the default standard.

To illustrate this principle, Justice Alito explained that it would violate § 633a(a) if a federal agency gave numerical scores based on non-discriminatory factors to candidates for promotion and then docked candidates who are forty or older five points. Under such circumstances, an applicant forty or older could establish a violation if his or her score was docked five points because of age even if the person selected for promotion received a score more than five points higher and thus the age-based scoring system did not affect the outcome for the applicant.

If the Court had stopped there, then the decision would be a significant victory for federal employees and applicants. However, the Court went on to explain that, under § 633a(a), "age must be the but-for cause of differential treatment" even if age was not the "but-for cause of the ultimate decision." In adopting this framework, the Court rejected the alternative advanced by the petitioner. In her brief, the petitioner contended that the phrase "based on age" in § 633a(a) does not constitute a standard of causation and "simply identifies the type of discrimination—'age' as opposed to some other characteristic—that is prohibited by the statute." Citing recent federal-sector decisions by the Equal Employment Opportunity Commission, the petitioner contended that if a federal-sector plaintiff establishes that age was a motivating factor for a personnel action, then the burden of proof shifts to the agency to show that it would have made the same decision in the absence of age discrimination.

The Court unquestionably rejected this interpretation, instead applying the default rule of but-for causation:

The upshot of the Court's interpretation of § 633a(a) is that a plaintiff is not limited to challenging final personnel actions, yet the plaintiff still bears the burden of proving that the discrimination alleged would not have occurred but for the plaintiff's age.

To be sure, the Court ruled for the petitioner and agreed that § 633a(a) provides broad protection against age discrimination in the making of personnel actions. Still, given the rejection of the motivating-factor standard, the ruling will likely do little to help plaintiffs prevail when, as in the vast majority of cases, they challenge actual personnel actions.

Can someone be too old to be a professional driver or pilot?

A few days ago, the EEOC filed a lawsuit alleging that a job applicant was denied a position as an airport shuttle driver because of his age. As reported by media sources, the applicant was 79 years old and met the general job requirements but was denied the job because the employer's insurance policy did not cover drivers 75 and older. The EEOC's suit raises the obvious question of whether -- and if so, when -- someone can be too old to be a professional driver.

Under the federal Age Discrimination in Employment Act, it is generally unlawful to discriminate against a worker based on age. If age is a "bona fide occupational qualification" for a particular position, however, then taking a decision based on an individual's age is not unlawful. Although older age is not a perfect predictor of whether an individual can perform a particular job safely, older age correlates with various physical and neurological conditions that can affect the ability to drive and perform other tasks.

The correlation between a driver's age and risk to public safety will naturally be reflected in insurance costs. As a result, insurance companies may charge exorbitant rates or even refuse to insure drivers who exceed a certain age. In Enlow v. Salem Keiser Yellow Cab, 389 F.3d 802 (9th Cir. 2004), a 73-year-old cab driver was fired after his employer learned that its new insurance policy, which it had not reviewed before purchasing, did not cover drivers over the age of 70. As recognized by the court, given the employer's need to insure its drivers, the employer might be able to show that it was permissible to fire drivers over a certain age if insuring them was prohibitively expensive.

The public safety question also arises where an employer claims that an individual is too old to be qualified to work as a professional pilot. In 2006, the EEOC filed a suit against Exxon Mobil, challenging the company's policy of requiring corporate pilots to retire at age 60 (later revised to require retirement at age 65), which was patterned on FAA regulations.

As the court explained in the Exxon case in ruling for the defendant:


Exxon has established that it was compelled to adopt the rule because there are no adequate means of individually testing each pilot. Exxon presented the testimony of several medical professionals—including a cardiologist and neurologist—and the reports of multiple organizations on the issue. Each affirmed the notion that there are no adequate medical tests that would help Exxon predict whether a pilot was at risk for suffering sudden and subtle incapacitation while in flight. Further, the evidence confirmed that the risk for this incapacitation increased significantly with age and no individualized testing could account for this increased risk.

Although the EEO laws are meant to protect workers from discrimination unrelated to job performance, they should not override public safety and reasonable business practices. An EEOC representative is quoted in the EEOC's press release involving the airport shuttle driver as stating that "job seekers should be evaluated based on their qualifications, not their age." The issue in this case, however, is whether the applicant's age rendered him unqualified.

There is, of course, no safety exception to the prohibitions against age discrimination. On the other hand, risks to safety can be weighted more heavily than many other risks. Thus, a small risk might be unacceptable if it could lead to serious injury or death, even if a similar risk might be acceptable in other contexts that do not involve comparable injuries.