Gogel v. Kia: When are HR employees protected against retaliation? 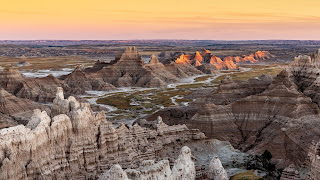 On July 29, 2020, in Gogel v. Kia Motors Manufacturing of Georgia, Inc., the full Eleventh Circuit ruled that Andrea Gogel did not engage in protected activity under Title VII of the Civil Rights Act of 1964 when she purportedly encouraged or "recruited" another employee to file an employment discrimination suit against the company. As a result, firing her for this conduct did not violate Title VII. The court reasoned that because Gogel was the Team Relations manager, her conduct so interfered with her job performance that it rendered her ineffective in her position. Ultimately, even if the majority should not have rejected Gogel's claim, it was not for the reasons advanced by the dissenters.
Judge Beverly Martin erroneously argued in dissent that Gogel established a prima facie case of retaliation merely by assisting another employee in filing an EEOC charge. In Martin's view, the reasonableness of this conduct, in light of Gogel's job duties, is irrelevant to whether the conduct was protected and is instead relevant to whether the company's reason for firing her was a pretext for retaliation.
Martin is plainly wrong. As explained in the EEOC's retaliation guidance, when an employee opposes an employer's action, the conduct is only protected if the manner of opposition is reasonable. As Martin would have it, though, the reasonableness of the opposition is relevant to whether the employer was motivated by discrimination. In other words, even when an employee was fired in retaliation for protected activity, it is nonetheless lawful if the protected conduct was unreasonable because it made the employee ineffective in her position. Title VII, however, does not include a reasonableness defense to otherwise unlawful retaliation, so Martin's critique of the majority comes up short.
The other major dissent, by Judge Robin Rosenbaum, is equally flawed. Rosenbaum challenged the foundation of the majority's analysis. She contended that the majority was required to balance "the purpose of [Title VII] and the need to protect individuals asserting their rights thereunder against an employer's legitimate demands for loyalty, cooperation and a generally productive work environment." Rosenbaum failed to recognize, however, that the majority had done the required balancing.  The majority explained that an employee's conduct is not protected opposition if it "so interferes with the employee's performance of her job that it renders her ineffective in the position for which she was employed." Clearly, this rule is intended to balance the employer's and employee's interests in situations like the one at hand. It would be perverse if an employer were prohibited from taking an action based on conduct that made an employee unable to do her job. Short of this threshold, the balance weighs in the employee's favor, but once it is reached, the balance weighs in favor of the employer.
If the majority did in fact err, it was in concluding that Gogel's conduct interfered with effective job performance. At bottom, the company's decision to terminate Gogel rested on little more than the belief that Gogel had met with Ledbetter and provided the name of the attorney Gogel was planning to meet. Even if the company believed this, there were factual disputes that might have permitted a jury to conclude that Gogel's conduct did not rise to the level of making her an ineffective Team Relations manager.  The majority cautioned that a court should not "sit as a super-personnel department" by second-guessing an employer's decision not to "extend amnesty to an employee who has decided that she no longer needs to perform her job duties." But in making this contention, the majority assumes that Gogel was no longer performing her job duties, and given factual disputes about those duties, such as the extent to which Gogel was responsible for handling EEO investigations, that determination was better left for a jury.
This blog reflects the views solely of its author. It is not intended, and should not be regarded, as legal advice on how to analyze any particular set of facts.
Posted by Ernie the EEO Nerd at 12:27 AM