Franchina v. City of Providence: Why the First Circuit's Sex-plus Decision Tells Us Nothing About Whether Title VII Covers Sexual Orientation Discrimination 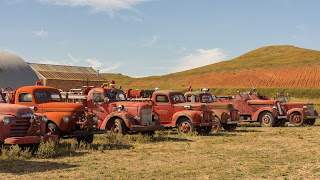 In Franchina v. City of Providence, No. 16-2401 (Jan. 25, 2018), the First Circuit upheld a jury verdict on behalf of Lori Franchina on her sexual harassment claim. Even in the wake of #MeToo, Lori Franchina's allegations are shocking, and without doubt, she had a strong sexual harassment claim. Nonetheless, because Franchina may have been targeted not only for being a woman but also for being a lesbian, she advanced what is called a "sex-plus" theory of discrimination, meaning that she was targeted for being a woman with a particular characteristic. As discussed below, however, both Franchina's and the court's unnecessary discussion of the sex-plus theory leave much to be desired and are bound to lead to a great deal of confusion.

Franchina presented evidence that she had been a highly successful rescue lieutenant in the Providence Fire Department until she was subjected to sexual harassment by a male firefighter, which included offering to "help" her if she wanted to have children and walking into her personal quarters while she was changing. A fire chief got wind of an incident at a hospital and in which the male firefighter had allegedly harassed Franchina. The fire chief then contacted Franchina and, based on her explanation, filed a complaint against the male firefighter, which subjected him to termination or other discipline.

With the employer taking steps to address the situation, you would expect that things would have gotten better for Franchina. Instead, however, she alleged that she was subjected to a campaign of retaliation by other firefighters: meals prepared for her made her severely ill; she was referred to using gender-based epithets, including "fucking bitch," "cunt," "lesbo," and "Frangina" (a combination of "Franchina" and "vagina"); and firefighters under her command were insubordinate during emergency runs and refused to comply with her orders. After enduring this abuse for many years, Franchina was diagnosed with post-traumatic stress, and she retired on disability. After a trial,  a jury found in her favor on both her retaliation claim and her sexual harassment claim, and she was awarded emotional damages, plus over $500,000 in front pay for the lost wages resulting from her inability to return to work as a rescue lieutenant.

On appeal, the defendant focused on whether Franchina had presented sufficient evidence that she was harassed because of her sex. In particular, the defendant argued that Franchina did not establish sex discrimination under a sex-plus theory.

So what's "sex plus" discrimination, and is the defendant correct?

In alleging sex-plus discrimination, Franchina alleged that she was treated differently for being a lesbian, in other words for being a member of the subclass of women who are sexually attracted to members of their own sex. Franchina observed that she could establish sex-plus discrimination against lesbians without showing that gay men were treated more favorably. Instead, she contended, under the sex-plus theory, she could compare herself to other women. Franchina alleged that, as a lesbian, she was treated worse than other women because she did not comply with societal stereotypes about how women should act.

In my view, there are fundamental flaws with this line of argument. First and foremost, Franchina starts off acknowledging that the proper comparator is gay men, but then in the absence of evidence that gay men are treated differently, she points to evidence that she was treated differently from heterosexual women. Under Title VII, to establish sex discrimination, there must be evidence that an employee was treated worse for being male or female. True, it is enough to show that you are treated worse for being a certain kind of woman (or man), but the comparison is with the corresponding subclass of the other sex. This comparison is explicitly acknowledged by Franchina, yet she goes on to contend that she need only show that she was treated worse than other women.

On the other hand, a plaintiff can establish sex-plus discrimination even without pointing to actual members of the opposite sex in the same subclass who were provided more favorable treatment. Thus, Franchina was correct in contending that she could establish sex-plus discrimination without evidence that the defendant employed gay men who were not subjected to discrimination. For example, in Chadwick v. Wellpoint, 561 F.3d 38 (1st Cir. 2009), the plaintiff had presented sufficient evidence that she was denied a promotion because she was a mother with four young children, including six-year-old triplets, based on stereotypes about working mothers. In Chadwick, the plaintiff did not show that a specific man with young children was treated better, and in fact the person promoted was a woman. But there was sufficient evidence that the decision not to promote her was nonetheless driven by stereotypes about working mothers and not merely stereotypes about working parents.

Which brings me to the next big flaw in Franchina's argument -- the failure to clearly define the subclass of women who were subjected to discrimination. In Higgins v. New Balance Athletic Shoe, 194 F.3d 252 (1st Cir. 1999), the First Circuit left open the possibility that a gay man can show that he was subjected to sex discrimination under a sex-plus theory if he was treated worse than lesbians or worse than women who are sexually attracted to men. At the top her of argument, Franchina stated that she should compare herself to gay men, but then she went on to present evidence that she was treated worse than heterosexual men. If a lesbian is subjected to discrimination, in part, because she is a woman attracted to other women, then that can be viewed as sex-plus discrimination, but Franchina essentially did a bait and switch, claiming that she could prove discrimination between gay men and lesbians but then presenting evidence of discrimination between heterosexual men and lesbians.

Along comes the court of appeals, but rather than setting things straight, the court compounded the confusion. It properly rejected the defendant's suggestion that sex-plus discrimination requires that there be opposite-sex comparators in the same workplace. However, the court failed to clarify that a female plaintiff nonetheless must present some evidence that she was discriminated against for being a woman, whether it be through stereotyping evidence or some other type of evidence. And then the court did its own bait and switch and affirmed Franchina's claim based on evidence that did not show discrimination against lesbians but against women in general.

So what should the court have done?

As to whether the defendant was correct that Franchina failed to establish sex-plus discrimination, I'd say the answer is yes and no. No, in the sense that it wasn't necessary for her to point to gay men who were treated better than her, but yes, in the sense that she identified gay men as the equivalent male subgroup and yet she focused her attention on how she was treated in comparison with other women and heterosexual men. The latter comparison is obviously a claim of sexual orientation discrimination, so if the court declined to address whether sexual orientation is covered under Title VII, then it could not have endorsed her claim under the sex-plus theory.

Even so, Franchina had a strong sexual harassment claim, and the defendant did not seriously challenge her retaliation claim.