"Special Rights" or "Equal Rights": Should we discriminate against men in order to eliminate discrimination against women? 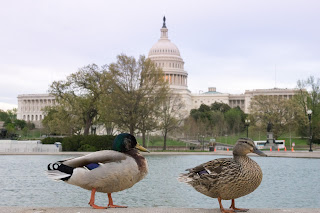 I was intrigued by a Bloomberg article about lawyer Albert Rava, who specializes in suing organizations that provide benefits exclusively to women, such as a lower admission fee to a social event. When LGBT rights first became an issue, it was often framed as "special rights" vs. "equal rights." We don't have laws protecting every particular group, so in that regard, laws prohibiting sexual orientation discrimination, sex discrimination, or race discrimination are special rights. But these laws don't call for special treatment, merely equal treatment. What Rava has set his sights on, however, really are special rights. Presumably, preferential treatment of women is intended to offset discrimination against them, but is this actually an effective tool for combating sex discrimination? History suggests otherwise.

When Title VII of the Civil Rights Act of 1964 was passed, it was common for states to have so-called "protective laws," which were intended to protect women from certain working conditions, such as hazardous occupations and unreasonable hours of work. The EEOC initially presumed that those laws were consistent with Title VII:


The Commission does not believe that Congress intended to disturb such laws and regulations which are intended to, and have the effect of, protecting women against exploitation and hazard. Accordingly, the Commission will consider limitations or prohibitions imposed by such state laws or regulations as a basis for application of the bona fide occupational qualification exception. . . .  So, for example, restrictions on lifting weights will not be deemed in conflict with Title VII except where the limit is set at an unreasonably low level which could not endanger women[.]

Pursuant to these protective laws, however, women were denied equal treatment under the guise of providing them protections that men did not need to receive. Soon recognizing the error of its ways, the EEOC reversed course in 1972, concluding that state protective laws are in conflict with Title VII because they "do not take into account the capacities, preferences, and abilities of individual females and, therefore, discriminate on the basis of sex."

The same tension between special rights and equal rights could be seen in the failure to pass the Equal Rights Amendment. Opponents of a constitutional guarantee that women and men be treated the same were concerned that women would be required to fight in combat and would lose other special protections.

A number of early Supreme Court sex discrimination cases challenged provisions that provided benefits to women but not men, based on stereotyped assumptions about gender roles. In Weinberger v. Wiesenfeld, Ruth Bader Ginsburg, then a law professor, helped secure a unanimous Supreme Court decision invalidating a provision of the Social Security Act that provided survivorship benefits to women, but not to men, based on sex stereotypes of men as breadwinners and women as homemakers and caregivers.

Unfortunately, some supporters of enhanced federal equal pay protections have apparently forgotten the lessons of the past. The Paycheck Fairness Act, which is supported by the National Partnership for Women and Families, includes a provision to establish a grant program to fund negotiation skills training for women and girls. Aside from the dubious constitutionality of such a provision, should advocates for women's rights be promoting a program that stereotypes women and girls as less willing and capable than men and boys when it comes to negotiating? Such thinking is consistent with the paternalistic state protective laws that the EEOC rejected over 40 years ago as inconsistent with prohibitions against sex discrimination. I can picture Phyllis Schlafly in heaven smiling down on equal pay advocates.


This blog reflects the views solely of its author. It is not intended, and should not be regarded, as legal advice on how to analyze any particular set of facts.
Posted by Ernie the EEO Nerd at 4:40 PM