Grimm v. Gloucester County School Board: Is a transgender man a masculine woman or an effeminate man? 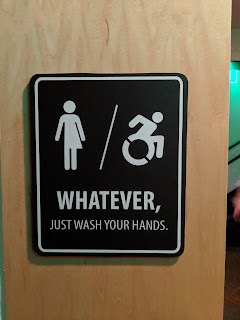 A transgender man is only entitled to use the men's bathroom if he is a man. But what does it mean to be a man? That question has been overlooked by LGBT advocates fighting for transgender bathroom access. It was also recently overlooked by Federal District Court Judge Arenda L. Wright Allen. On August 9, 2019, Judge Allen ruled that a Virginia county school board violated Title IX of the Education Amendments of 1972 by denying Gavin Grimm, a transgender boy, access to the boys' bathroom at his school. Unfortunately, however, Judge Allen merely assumed that a transgender boy is male and that denying him access to the boys' bathroom therefore discriminated against him based on his transgender status.

In reaching this conclusion, Judge Allen cited case law going back almost 20 years holding that transgender status constitutes sex discrimination per se under federal law. The three oldest cases she cited -- Smith v. City of Salem, 378 F.3d 566 (6th Cir. 2004); Rosa v. Park W. Bank & Trust Co., 214 F.3d 213 (1st Cir. 2000); Schwenk v. Hartford, 204 F.3d 1187 (9th Cir. 2000) -- each involve a transgender woman, but in each of these cases, there is absolutely no question that the plaintiff was perceived by the court to be male, not female. Thus, discrimination against a transgender woman is sex discrimination because a feminine male is treated worse than a feminine female. If a transgender woman is male, then she is entitled to use the men's bathroom, not the women's bathroom. Likewise, if a transgender boy is female, he gets to use the girls' bathroom.