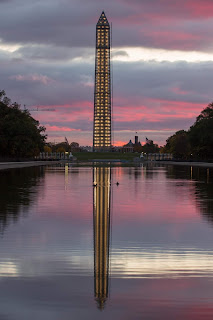 Two recent cases illustrate the complexities in relying on timing to prove that retaliation was a but-for cause.

Plaintiff relies entirely on temporal proximity to prove that his protected activity was the but-for cause of his May 2012 work fitness evaluation. . . .  In the end, it takes more than allegations of temporal proximity to demonstrate but-for causation in a Title VII retaliation claim post-Nassar. See Cheeks v. Gen. Dynamics, 22 F. Supp. 3d 1015, 1036 (D. Ariz. 2014 ("Plaintiff provides no direct evidence of but-for causation, and instead asks the Court to infer causation through proximity in time and by inferring knowledge of the complaints on her superiors. The Court, however, does not find such inferences reasonable.").

The mistake here is in equating but-for causation with direct evidence. If an employee was fired shortly after complaining about sexual harassment, that timing is enough to create an inference that the termination was based on the complaint. It's true that the inference is weak, but it puts the burden on the employer to provide evidence that the termination was for a non-retaliatory reason. If the employee can discredit and weaken the employer's reason, that's all it takes to show but-for causation. The notion that direct evidence is needed was rejected by the Supreme Court in Reeves v. Sanderson Plumbing.

By contrast, in Wellner v. Montefiore Medical Center, 17 Civ. 3479 (KPF), Judge Katherine Polk Failla mistakenly gave too much weight to timing that supported a finding of retaliation while not considering timing that undermined a finding of retaliation. In Wellner, the defendant fired an employee after she had been on paid leave for over four months while criminal proceedings against her were pending. The termination decision was made shortly after the employee informed the employer that she wanted to go on short-term disability, but it also occurred the day after the employee informed the employer that, before she resolved her criminal case, she wanted to know if the employer planned on firing her.

The question is whether the employer would have retained the employee if she had not requested an accommodation. Judge Failla's misunderstanding is obvious when she explains that “the plaintiff is not required to show that the employer's proffered reasons were false or played no role in the employment decision, but only that they were not the only reasons and that the prohibited factor was at least one of the motivating factors." The "motivating factor" standard is the alternative to but-for causation and is not sufficient to establish unlawful retaliation. Moreover, the employee had been on paid leave for an extended period of time, and she specifically asked the employer to let her know whether she would be fired. Given these circumstances, whatever inference of discrimination might have been raised by the short interval between the accommodation request and the termination decision was dispelled by the employee's request that the employer decide her fate and by the fact that the employer was obviously troubled by the criminal proceeding and the potential effect on the public's perception of the employer.